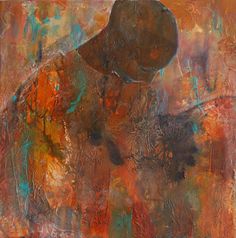 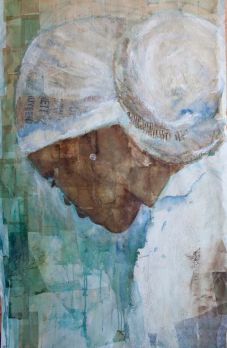 Heidi Berger is a self-taught artist who has been living in Barbados for the last 20 years. Aside from four years of private art lessons as a teenager, Berger learned what she knows about art from researching books about different styles and artists.

The self-awareness and dignity of Caribbean Women are the main topics in her paintings. “The women of Barbados have inspired me with their resilience, their courage, their humor and their compassion, sometimes in spite of adversity in the form of poverty, abuse or lack of education” says Berger. “By painting them as strong, thoughtful individuals I like to show them in their individuality and support their strength.” 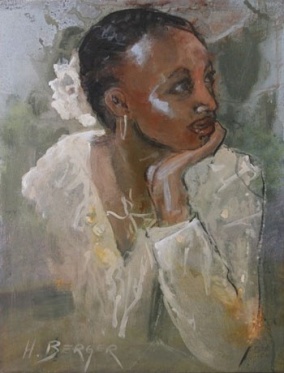 ‘Woman with Flowers in her Hair’ (2009), watercolors on canvas by Heidi Berger 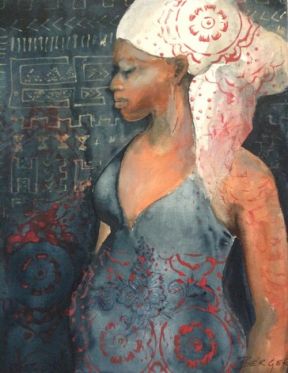 Berger pays extra attention to the background of her paintings. She pours layers of watercolors on her paper or canvas and reworks the surface with pastels, graphite and charcoal. She also inserts seemingly random words  to emphasize the power of women.  Her paintings have been exhibited in Barbados, Canada and the United States.