The Color of Social Injustice 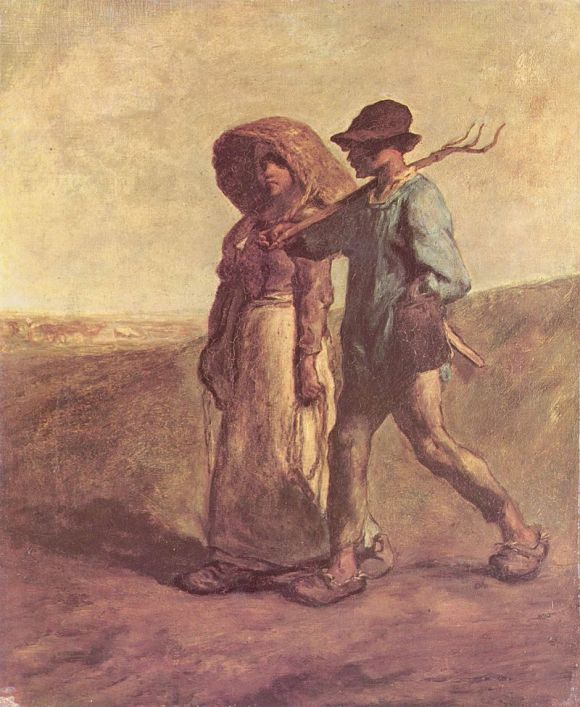 Back in the 19th century, the French painter Jean-François Millet (1814 – 1875), moved by the social injustice in his country, shifted the focus in his paintings from the rich and prominent to those at the bottom of the social ladder. Millet was a Realist and one of the founders of the Barbizon School.

‘Le Départ pour le Travail (1851-1853)’ is one of his paintings of peasants that captures the poverty of rural French life. In it, he hides the faces of the agricultural laborers to emphasize their anonymity and marginalized position.

About 150 years later Haitian Patricia Brintle paints her own ‘Le Départ pour le Travail’. She uses Millet’s orientation and composition, but at the same time emphasizes the poverty of her subjects less by using bright colors and by replacing the rake of the male worker by a guitar. 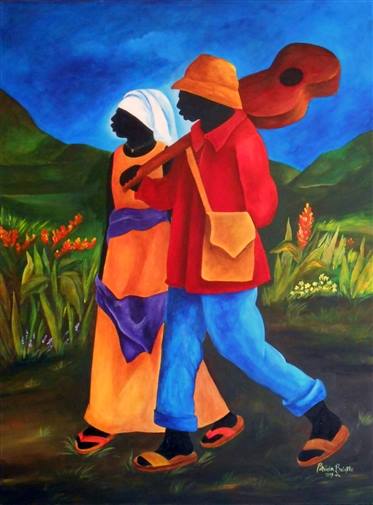 Ms. Brintle is a self-taught painter who favors the use of acrylic. Her paintings are bright, vivid and vibrant. Born and raised in Haiti, she immigrated to the United States in 1964. In her work she uses symbolic elements to bridge the gap between Haitian islanders and the Haitian Diaspora.