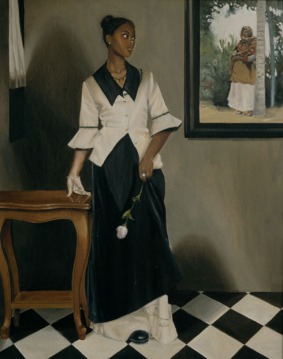 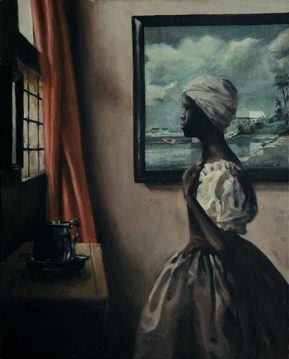 ‘The Storm’ by Elizabeth Colomba.

Inspired by the Old Masters, contemporary painter Elizabeth Colomba (b1973) shows black people in classical settings. Using iconography as a tool, she re-interprets history while at the same time challenging and exploring issues of identity.

Of Martinique descendant, Elizabeth Colomba, was born and raised in Paris. She was classically trained at the Auguste Renoir, the Estienne School of Art and the Ecole des Beaux Arts in Paris. She uses both oil and watercolors. 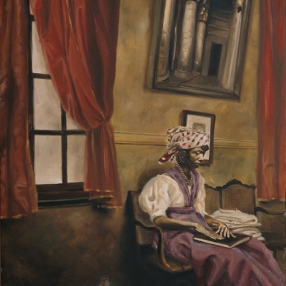 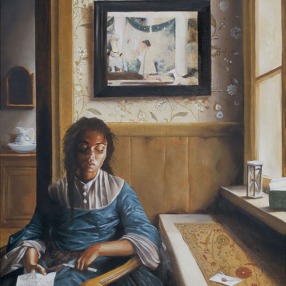 She deliberately chooses a classical context to make her paintings look and feel historical. Her theme however, is very modern. Historically black people in art have been portrayed either as anonymous, less-than-human entities or playing banjos in raggedy clothes, smiling meekly at an absent observer. 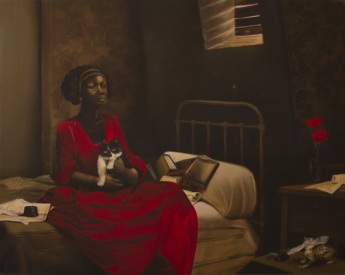 Elizabeth Colomba has exhibited her paintings in Los Angeles, New York City and Switzerland. As a visual artist she has contributed to feature films like Romeo and Juliet, One Hour Photo, Jesse James and A Single Man.