The Imaginary World of Jorge Severino 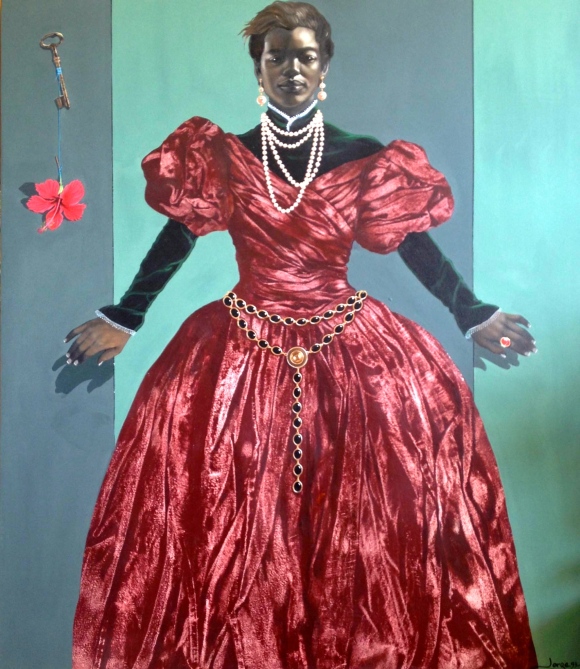 When he started exhibiting his paintings in the mid-sixties, Jorge Severino from the Dominican Republic didn’t have a clue to what he was doing. Reviewing Severino’s first exhibition in 1966, art critic Contín Aybar commented that “the ten paintings could easily have been created by six different artists. There is no common style in them”. So when Severino sold his first painting for $75, he was astonished that people would even pay for his work. Nowadays his paintings are hard to come by and cost $12,500 or more. 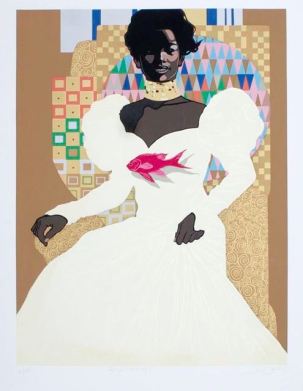 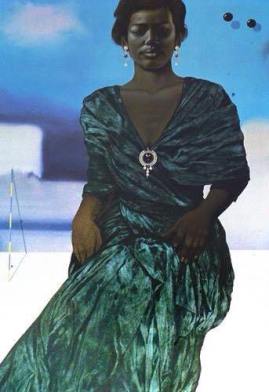 From the ‘Morena’ series by Jorge Severino. Oil and acrylics on linen.

Severino came to his own when he started painting black woman in luxury dresses. Using mostly a combination of oil and acrylics and never an easel, these black society women are decorated with over the top jewelry, silk dresses and red flowers. They stare defiantly at their observers. 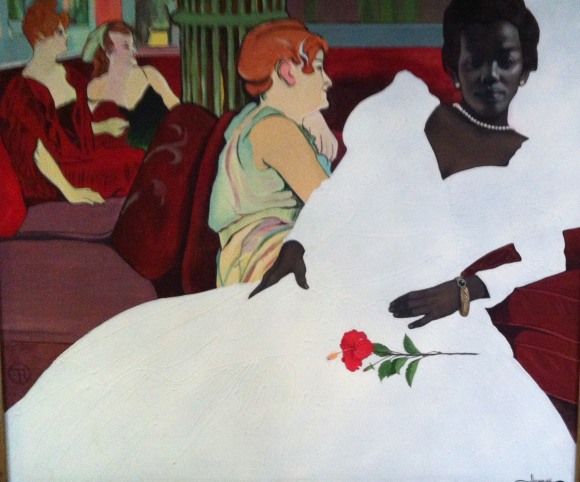 Severino is a representative of the magical realism movement, to which Gabriel García Márquez also belonged. His paintings are based on an imaginary photo album found in the attic with written indications in the margins about the Tia Clotilde in Paris, and the Tio Roque at the Prado Museum in Madrid. Severino uses this family to mock the megalomaniac fantasies of middle and upper classes of the Caribbean. 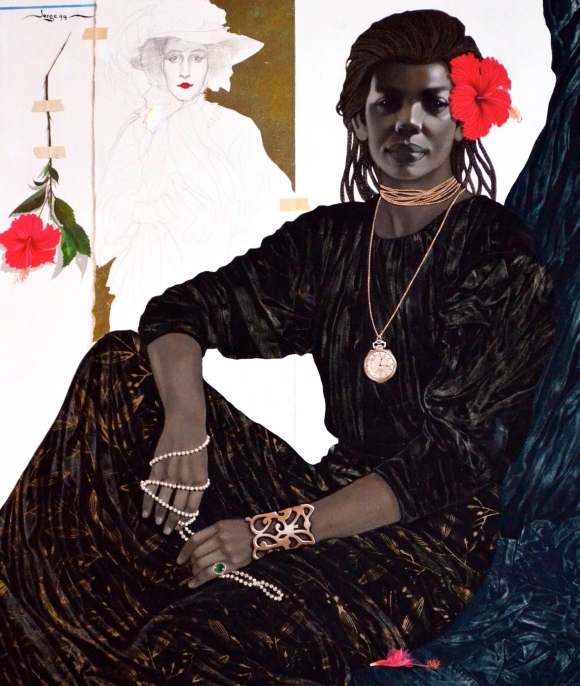 His brilliance not only lies in transforming the perception of black women’s reality, but also in adding surrealistic elements to his paintings. Look for floating keys, football goal posts, or red fishes swimming in the air as part of his decorations.

Jorge Severino’s paintings have been shown in Europe, Latin America and the United States. He has won several international prizes for his paintings and is considered one of the Master Artists of the Dominican Republic. 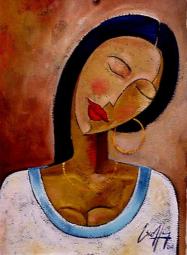 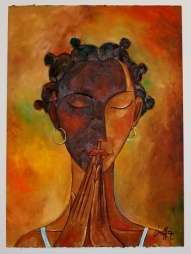 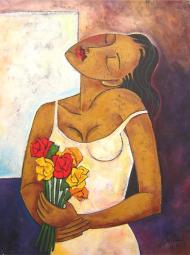 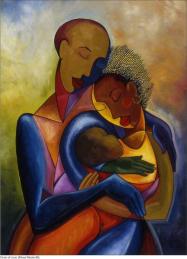 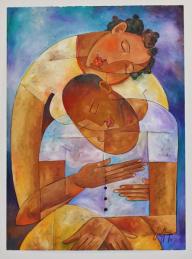 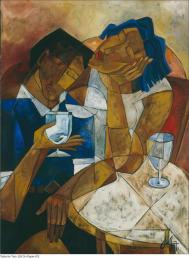