The Joy of Vibrant Colors 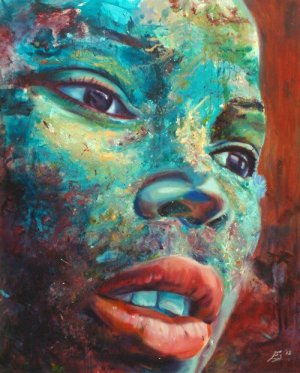 ‘Girl with the Thousand Yard Stare’ by Esther Griffith. Oil on Canvas. 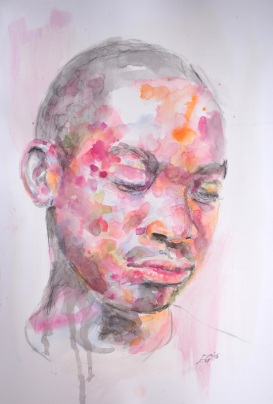 She was born and lives in Trinidad, where she studied Visual Arts at the University of West Indies at St. Augustine. Most of her paintings are portraits, which she shows like masks, resulting in a delightful contrast of hyper realism and abstraction. “I love experimenting with color, form and texture to produce unique effects”, says Griffith. “My paintings are inspired by the vivid features of nature, the earth and its surface.”

Trinidad’s way of life in the 19th century

It is due to Michel-Jean Cazabon’s paintings that we have a fair view of Trinidad’s way of life in the 19th century. 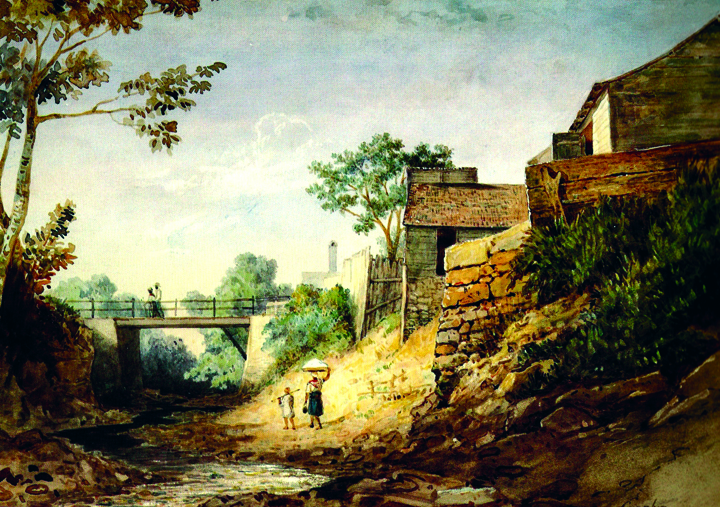 Nowadays he is generally regarded as one of the Caribbean’s first great painters. But in his time, Trinidad born Michel-Jean Cazabon (1813-1888) was appreciated more in Europe than in his country.

Michel-Jean Cazabon came from a rather wealthy family of free colored immigrants from Martinique, who owned a sugar plantation. At the age of 24 he was sent to Paris to study medicine, where he decided to concentrate on painting.

Cazabon started painting under Paul Delaroche, a leading painter of that time in Paris. He soon became popular as a society painter of Trinidad scenery; and of portraits of planters and merchants of Port of Spain. It is due to his paintings that we have a fair view of Trinidad’s way of life in the 19th century.

His works include images of the Caroni river, the Port of Spain docks, sea views and other landscapes. He preferred using watercolors combining stunning pallets that remain fresh and bright to this day. Some of this most important works are part of the following collections:

In England and France his work was much admired and he won several awards and medals at exhibitions. His first exhibition was at the Salon du Louvre in 1839, followed by expositions every year from 1843 to 1847. Back at home his art was much less appreciated. Disillusioned with life he became a drunken eccentric.

After his death in 1888, Cazabon’s style gained more recognition in the region and his influence grew. Today he is considered to be one of the first great painters of the Caribbean. His work is appreciated for the rich details and for the use of light and shadow.

His scenes of a clean, natural and unspoiled Trinidad show a country as it was before the heavy industrialization of the twentieth century.To many Trinidadians the scenes are familiar, creating a tremendous sense of nostalgia.

Cazabon’s paintings can be seen at The Louvre in Paris and at the National Museum and Art Gallery in Trinidad.