‘La Metres Sirene’ oil on board by Hector Hyppolite 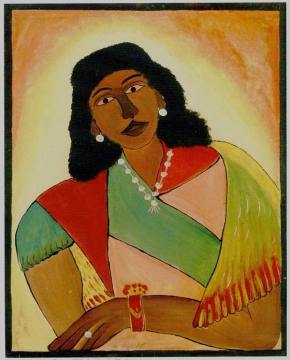 Hector Hyppolite (1894-1948) is a legendary artist of Haiti, known for his complex, intuitive paintings. He used chicken feathers, his fingers and brushes to create his master pieces, which have a free and bold style. He did most of his work during the last three years of his live, where at the Centre D’Art in Port-au-Prince he produced between 250 and 600 paintings. Only about 100 of these have been located today. 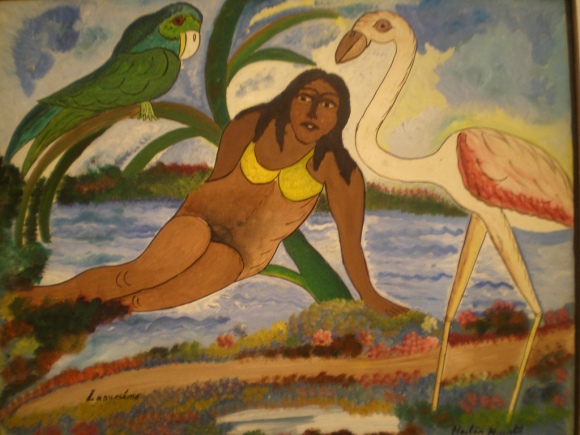 ‘The Siren’ by Hector Hyppolite, Milwaukee Museum of Art

Being a third generation Voodoo priest, most of his paintings depict his religious convictions. He shows us voodoo gods that are crude and ugly and combines these with a warm palette that add to the expressive powers of his images. His heroes are reincarnations of Voodoo spirits (Loas); his empty backgrounds symbolize the beyond; his flowers are metaphors of perpetual life; his birds refer to the supernatural world; and the hypnotic eyes of his subjects evoke the serpent eyes of Damballah.

He is collected and has been exhibited around the world, including the Musee d’Art Haitien du College Saint Pierre in Port-au-Prince, the Museum of Modern Art in New York, the Smithsonian Institution, the Milwaukee Museum of Art, and the Museum of Everything in London.